Question: What happens to a GPS receiver's pulse per second (PPS) when it loses signal for a long time?

To answer this, I first moved the antenna away from the window and put it in an anti-static bag. 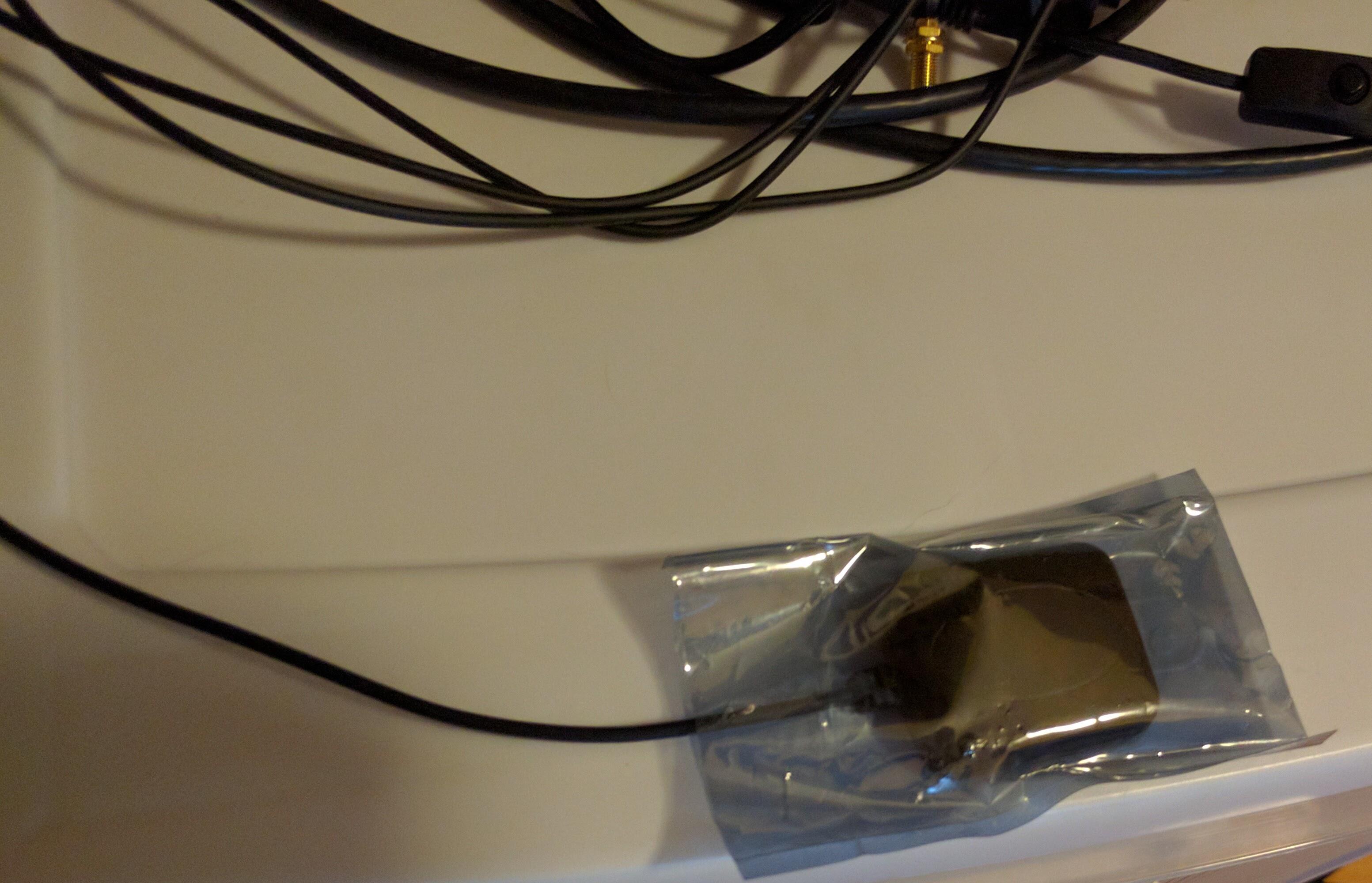 I did this on the 16th at 01:02 GMT. Below is a graph of the percent of time satellites were reported as "0dB signal to noise" or "no signal". Normally it'd be around 50%. I took another step on the 18th to reduce the signal further, and I'll go into more detail on that in a minute. With just the anti-static bag, the GPS receiver didn't have any signal between 83%-100% of the time. 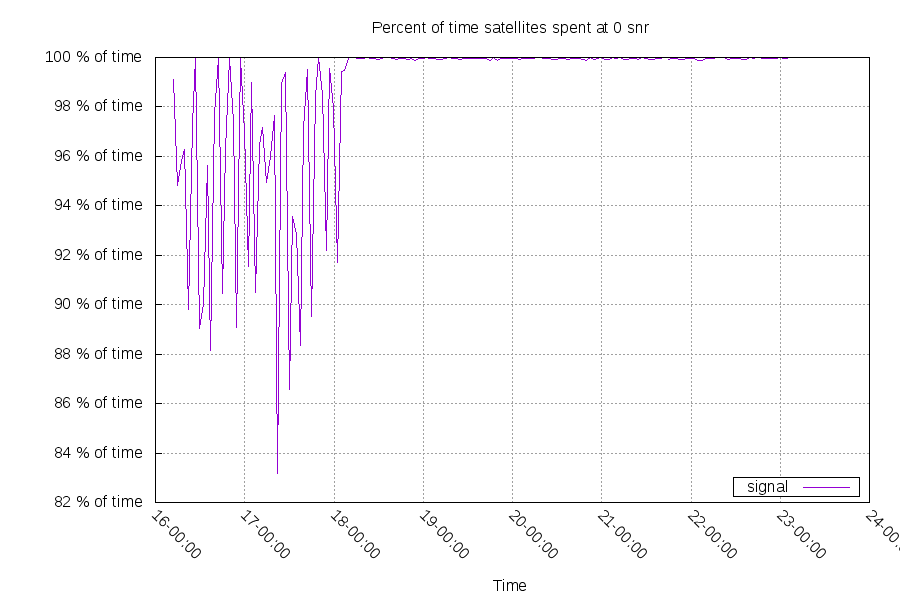 The module needs a signal from 3+ GPS satellites at the same time to get a position lock, so it spent all its time without a lock. Normally the GPS receiver would have a position lock more than 99% of the time. 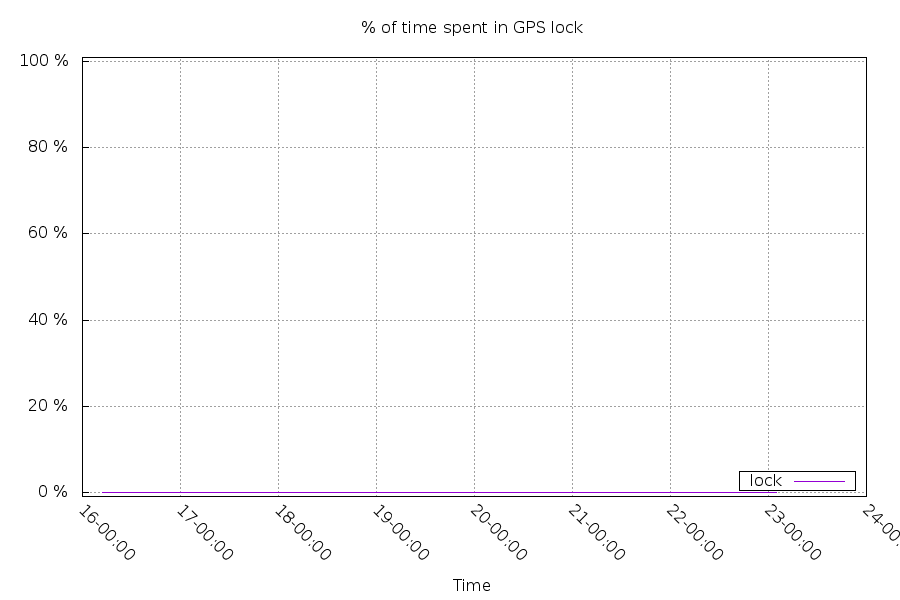 Since this GPS receiver is a "navigation" model, it doesn't have the fancy features of the "timing" GPS receivers. This means it needs a GPS position lock in order to know the local time.

Just in case the GPS receiver was keeping time sync with the small amounts of signal, I added aluminum foil covering on the 18th at 01:58 GMT. You can see the dramatic impact on the satellite signals above.

Through all this, the GPS receiver continued to produce a PPS signal, but it slowly drifted off the correct time. The graph below shows the PPS signal drifting roughly 250us-500us/day, which is between 3ppb (parts per billion / 10^-9) and 6ppb. The GPS receiver is a Navspark mini, which has a TCXO inside of it. My measurements of the TCXO of a Navspark-GL are here: timer and pwm 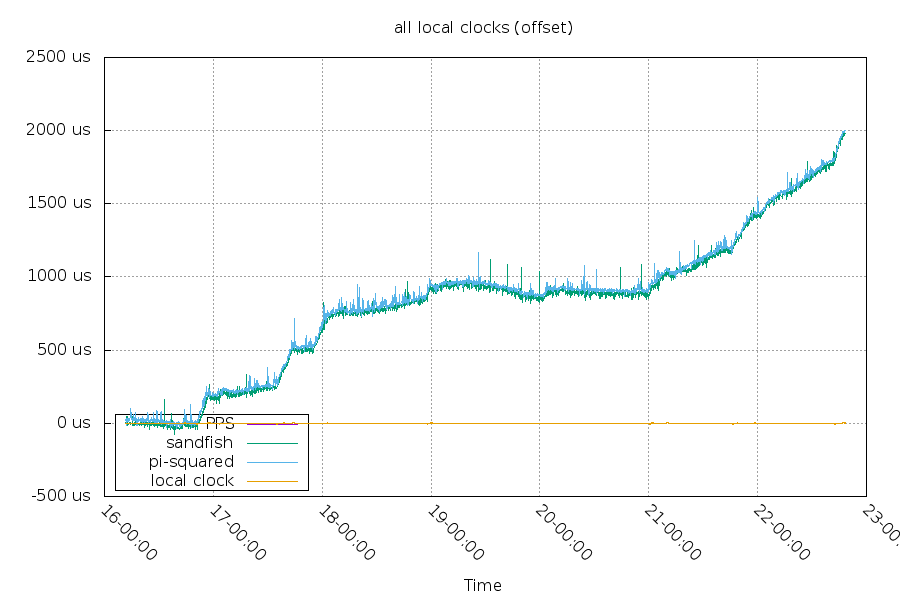 This drift would probably be larger if there were larger changes in temperature. I am surprised at this result, I would have expected a much larger drift (my expectations were 33x bigger than what happened). 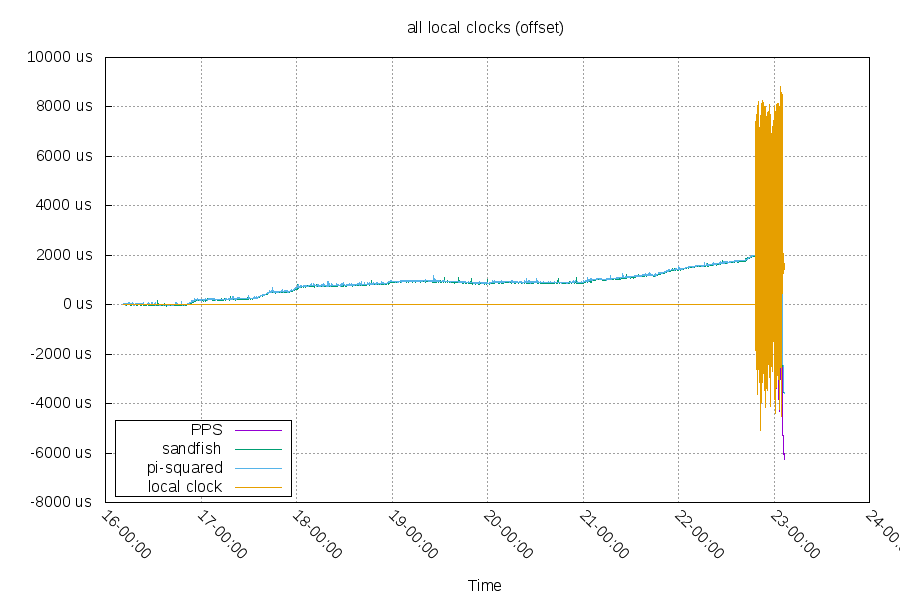 For my next tests, I want to experiment with a lower mindist setting and a better failover configuration.

I'm interested in making a high accuracy real time clock (RTC). To experiment with the hardware I need for that, I created a development board based on the STM32F030F4P6 (which is a 20-TSSOP

I installed the Fedora ARM Server image on a Utilite Standard [http://utilite-computer.com/web/utilite-models] (which is based on a dual-core Freescale iMX6 1GHz). Not everything is working, but these are my