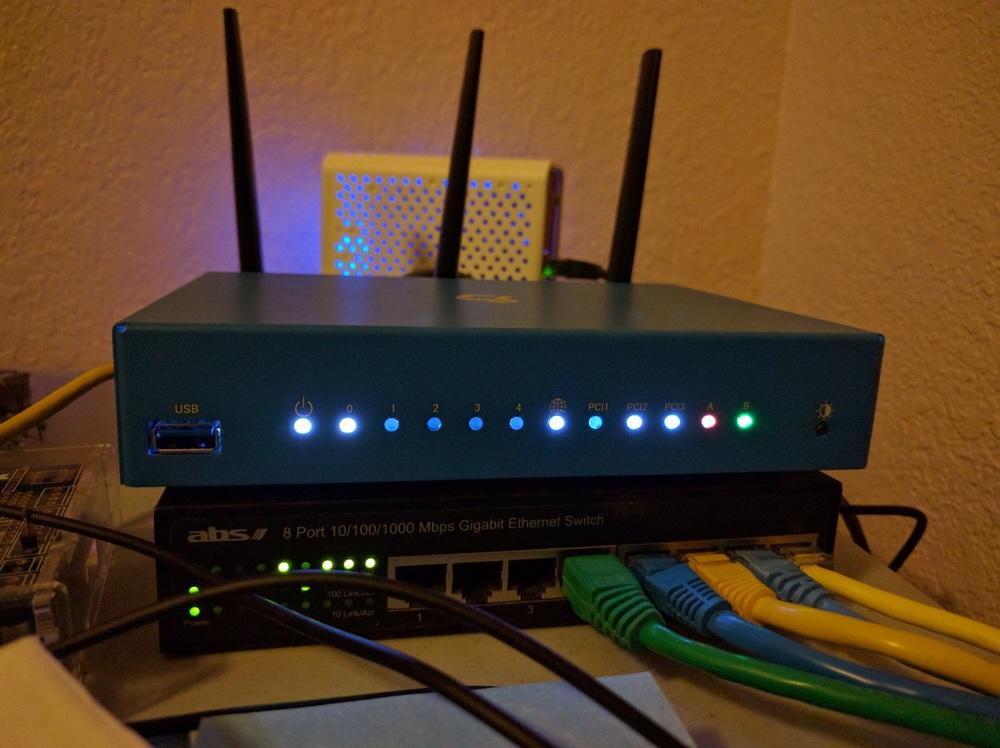 LED colors based on Network Traffic

The RGB LEDs can be controlled by sysfs, the "A" and "B" ones are available as:

In the picture, I set user1 to red and user2 to green with these command line arguments:

Looks like there's a stm32f030 (marked U21 on the schematic) that drives the LEDs with a custom firmware.

There's a file "trigger" that will let you trigger them based on some event (wifi activity, disk activity, network state, etc). See the linux LED documents for more details. There's also some support for changing LED settings in LuCI under System > Rainbow and System > LED Configuration

I had to switch my country code under the LuCI interface at Network > Wireless > (radio 0/1) > Advanced Settings > Country Code. I setup both 2ghz and 5ghz and ran some speedtests on my Nexus 6P (supports 802.11ac 2x2). 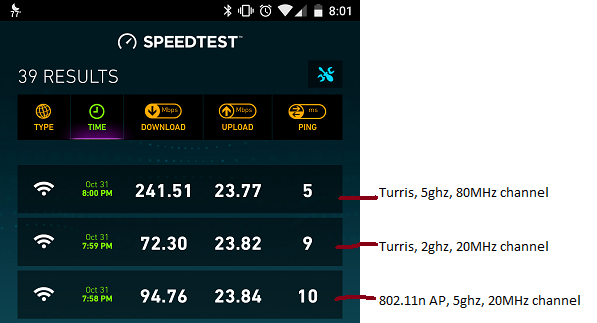 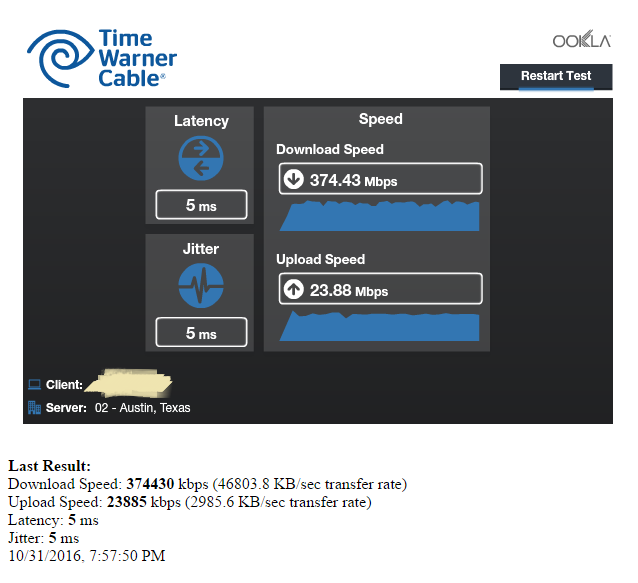 There's an ATSHA204 security eeprom on the i2c bus

There are headers with a variety of GPIO/SPI/UART/I2C pins.

Because the default is to use knot resolver, the default *.lan hostnames from dnsmasq aren't available.

Real Time Clocks I bought two high accuracy RTC (real time clock) modules and wanted to compare them. RTCs are useful for very low power clocks. They can run for years off of

I'm interested in making a high accuracy real time clock (RTC). To experiment with the hardware I need for that, I created a development board based on the STM32F030F4P6 (which is a 20-TSSOP