In looking at the crc field, I tried a number of different things.

First, I tried the crc7, crc8, and crc8le functions from rtl_433. The polynomial and init parameters are in the range of 0..255, so I just tried a brute force of every polynomial+init parameter combination against a small list of messages. None of the tests turned up valid parameters that worked for every message, so I put those functions aside.

Next, I tried Hamming codes. These are nice because they provide correction for a single bit error, and (depending on the redundancy used) detection of a double bit error. The messages didn't fit any of the standard Hamming code patterns, so I started looking at reverse engineering.

With a Hamming code, one bit change can cause multiple bits to flip in the parity check bits. It uses xor combination instead of addition, so a change in a bit in the data always changes the crc bits in the same way no matter what the other bits of the data are set to. Knowing this, I started by comparing messages that had 1 bit of difference in the data from each other.

Between these two messages, only bit #32 is different in the data. This is the least significant bit of temperature, representing 0.1 degree C. With this data difference, three bits of the crc flipped as well - #43, #44, and #48. So we can conclude that bit #32 affects those fields. I can look at all other pairs of messages with just bit #32 flipped and see if they have the same crc bits flipped as well. They did, so this looked to be a good path to continue on.

Because the same pattern is applied to multiple different data bits, this can't be called a Hamming code. But it will do fine for a simple message valid check.

Starting with the assumption that all data bytes had the same crc patterns based on the Bit # in Byte, I tried applying it to a whole message: 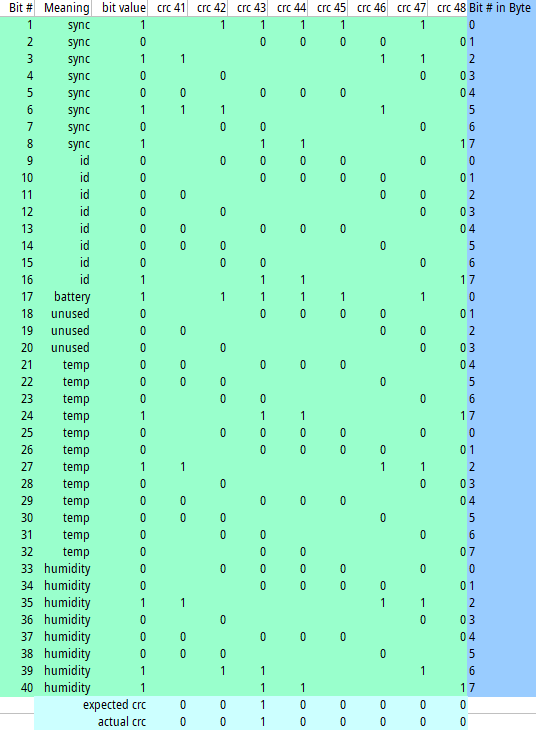 I filled in the "bit value" column as well as the "actual crc" row, and the actual crc and expected crc matched!

I am satisfied I have the crc message fully decoded, so let's move on to some data. 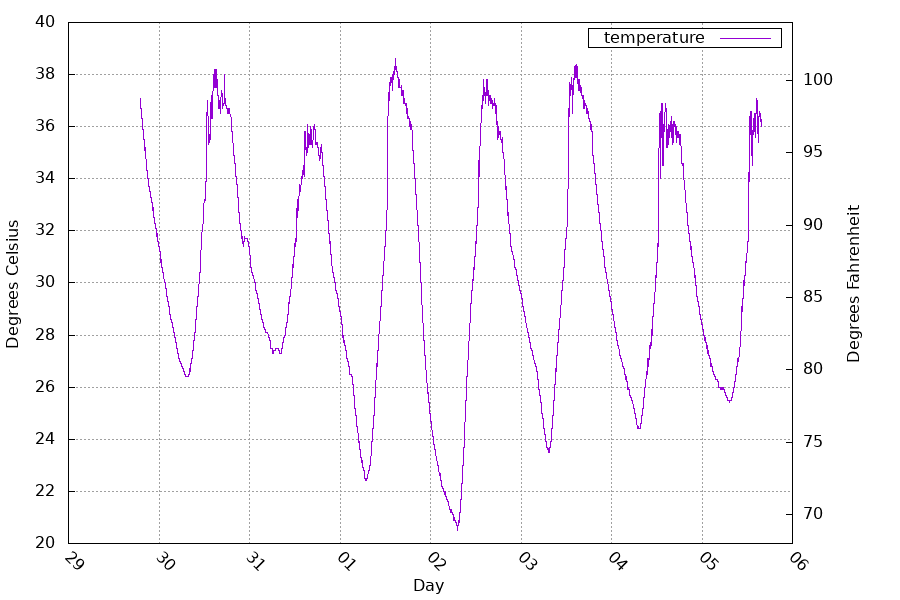 This is the temperature between July 29 and August 5. 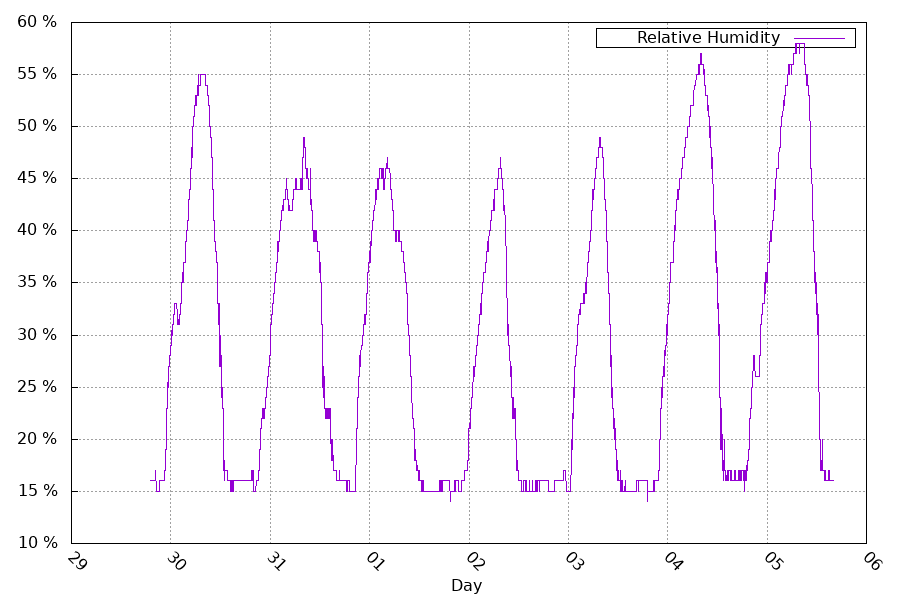 And the Relative humidity for the same timeframe. From the two graphs, you can see that when the temperature goes down, the relative humidity goes up. A simplified explanation for this is because the amount of evaporated water that air can carry depends on its temperature.

In those groups, I should have seen 59,208 messages. I actually received 56,990 messages, a 3.7% loss. The message being repeated 3 times helps reduce the impact of that loss rate.